Parasyte -the maxim is a solid 7/10.  The story is nothing new or groundbreaking, but it was well executed.

Parasyte follows Shinichi Izumi, an initially dorky high school kid, who gets semi-taken over by a mysterious parasite he names Migi. Semi because unlike most other parasites, who take over the brain and then go on a human-eating rampage, Migi fails to accomplish this due to Shinichi strangling his own arm, thus preventing Migi from reaching his head.

The main characters (Migi/Shinichi) have a proper character arc and are generally likeable; there are some interesting side characters too. But the female characters are awful. Like, I know it’s anime and the bar is low for women there in general, but how hard is it to write female characters with common sense?

Anyway, because I’m bored and still can’t hike, I’m going to rate them. 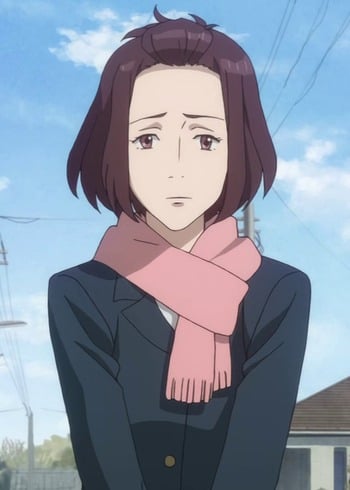 Alternatively known as In Love With Shinichi. I would write more about her, but that’s basically all there is to know.

Rating: 3.5/10. She did serve her purpose as a solid love interest and at least she didn’t get in Shinichi’s way, nor did he have to rescue her before the final battle.

I give her some credit for having a semi plan when stupidly confronting Shimada Hideo (instead of, ya know, just telling her brother she suspects her crush is a parasite) because at least she had a weapon (paint thinner) and an escape plan. Still, her lack of common sense here was somewhat astounding. Like sure, let’s have a one-on-one meeting with some dude you think is a blood-thirsty parasite. Whatever could go wrong?

Rating: 4.7/10: Poor writing. It’s obvious she’s just a catalyst for Shimada to kill a bunch of folks, which there are dozens of ways that could’ve happened without having people make poor decisions. Any sane person who witnesses someone’s head bounce back from being dented would’ve 100% assumed that person was not human. 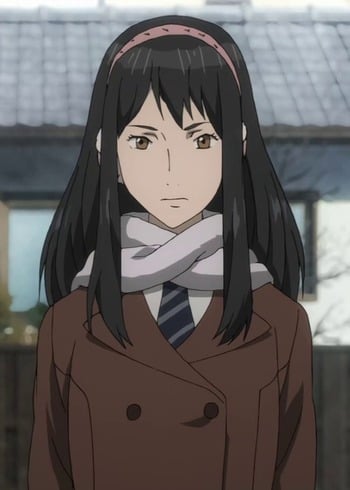 The running theme of Parasyte, other than the whole existence of parasites/ecology stuff, is that being in love turns you into a dimwit.

Kana was a bit tragic, because while I never liked her, at least in the beginning she was sort of bossy and mean, which was a personality trait. And she could sense parasites, so I figured she’d be useful in some way. However, after falling in love with Shinichi, everything goes downhill for her at the speed of light. Despite Shinichi showing no real interest in her, she becomes obsessed with him and then (despite her power to detect Shinichi not always actually detecting him), runs into an abandoned building to meet him.

She ends up meeting Death instead.

Rating: 5.5/10. Stupidity personified. Also, taking her out of the story wouldn’t really change the plot significantly, so she was pretty useless on all fronts. 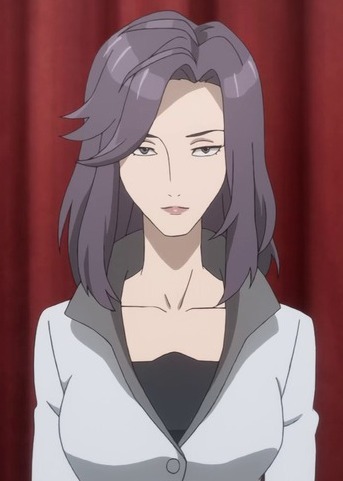 My only issue with her was that her heel face turn happened a bit too soon. I needed one or two more episodes of her having  general existential crisis, before I’d believe she’d willingly sacrifice herself for her kid.

She’s nothing but angst fuel. But she was pretty vital to the plot and Shinichi’s transformation.

One thought on “Rating the Female Characters in Parasyte -the maxim”

"For great is your love, reaching to the heavens; your faithfulness reaches to the skies." ⛰☁️
Throwback to hiking Church Rock last spring! We did not see any churches nor rocks resembling churches on this hike; however, we did see a bear.
Bridge to Terabithia... or just the other side of the park. 😂🍁
A very exciting picture of a meticulously stacked pile of rocks I assume was part of a summoning ritual.
"The grass withers, the flower fades, but the word of our God will stand forever."
"These woods are lovely, dark and deep...."